The urban centre of Konavle

Cavtat is the largest town centre but also the only one in Konavle built according to urban planning. It is located on the Rat peninsula, which together with the Sustjepan peninsula closes a well-protected yet easily reachable bay. Its harmonious architecture speaks volumes of its centuries-old natural, spiritual and material affiliation to the Republic of Ragusa (also known as the Republic of Dubrovnik).

Cavtat, or Epidaurus in ancient times, was an important Roman colony, which declined with the penetration of Slavs and Avars in this area, after the fall of the Western Roman Empire. Its inhabitants fled to the neighbouring settlement of Laus Rave Ragusa, which later became Dubrovnik (Ragusa). In historical sources, Cavtat is also mentioned by the name of Ragusa Vecchia, which clearly speaks of the connection between the two towns. During the Republic of Ragusa, Cavtat was the second most important port, and trade and administrative centre of the Republic.

There are not many places like Cavtat that offer so much on such a small area. Beautiful scenery, rich cultural and historical heritage and other standards of tourist offer adapted to the requirements of today's tourists, make it one of the most attractive destinations on the Adriatic.

Leaning on the magical Dubrovnik and beautiful Konavle where you can still feel the spirit of past times and experience the centuries-old traditions of our ancestors, Cavtat is an ideal place to relax, where everyone can find what they want, enjoying the peace of hidden coves and long walks by the sea or spending an active holiday with many sports and recreational, or entertainment and cultural programs on offer.

Konavle is a place of special natural beauties and contrasts, with its hills and lowlands, mountains and karst, blue and green, or as the people of Konavle would call it, Donja i Gornja banda (the Upper and Lower region). From the north bordered by the Konavle hills, from the south by the Adriatic Sea, to the east, Konavle extends all the way to the edge of the Bay of Kotor and the Prevlaka peninsula; to the west, it descends to the picturesque coves of Cavtat and Oboda.

The name Konavle derived from the Latin word “canale, canalis”, in the local language “konali, kanali”, which is associated with the aqueduct that in Roman times brought water from Vodovađa to Epidaurus, today's Cavtat. Available historical traces speak of life in this area since Palaeolithic and Neolithic times. In 15th century, Konavle fell under the rule of the Republic of Ragusa (Dubrovnik), when the people of Dubrovnik bought them from their then owners, the Bosnian nobles, for the sum of 72,000 perpers. Konavle was extremely important to the Republic of Ragusa due to its agriculture, livestock and maritime affairs, as well as for its strategic importance. Therefore, throughout their reign, the people from Dubrovnik skilfully and effectively held power, same as on their other estates, led by a duke in Konavle, who had his seat in his court in Pridvorje.

With the fall of the Republic of Ragusa in 1807, Konavle briefly came under the French rule, and then under the rule of the Austro-Hungarian Monarchy. Konavle remained under its rule until disintegration of the Monarchy in 1918.

The historical course of civilizations and cultures that left their mark in this area is visible through extraordinarily rich material traces from prehistoric times to nowadays: Illyrian stone pile in Mikulići, Mitrej in Močići, medieval tombstones in Brotnice and St. Barbara in Dubravka, the mills on the river Ljuta, the Sokol-Grad fortress, Baltazar Bogišić Collection, Vlaho Bukovac House, Račić Family Mausoleum.

Today, Konavle is experiencing a tourist boom; in addition to Cavtat as the only urban centre in Konavle, with a tourist capacity of more than 5000 beds in hotel and private accommodation, and with the popularization of rural tourism, Konavle is gaining popularity as an attractive holiday destination.

With the development of rural tourism, and thus gastrotourism, the people of Konavle are returning to agriculture, renovating rural households, wineries, olive groves and vineyards, all with the aim of depicting the way of life in Konavle in the past. Traditional Konavle houses are being renovated, providing a high-quality rural accommodation service, along with the development of other facilities for active holidays, adventure tourism, hiking and biking trails and the like. The development of tourism has raised the quality of life of the local population, making Konavle an ideal place to live.

The indented coast with many islands, rural areas, rich history, nature parks and centuries-old cultural monuments are just some of what makes Dubrovnik-Neretva County one of the most desirable tourist destinations in the world.

Dubrovnik is the focal point of the county, but also one of the world’s most popular attractions, with its stone walls and towers, which made it one of the most efficient, but also the most beautiful fortifications during the Dubrovnik Republic. The core of the old city is full of museums and cultural monuments that together tell the amazing story of this pearl of the Adriatic, as George Bernard Shaw called it.

Moreška, the old town and the home of Marco Polo, olive groves and vineyards, rocky coves and beaches, ports and harbours are some of the places worth visiting on the island of Korčula.

The island of Mljet will take your breath away. Entirely covered in pine forests, this island also boasts a national park located in its western part.

Lastovo is the largest of all islands in the Lastovo Archipelago, consisting of 46 islands, islets and cliffs. More than 70 percent of its surface is covered with vegetation, which, along with Mljet, makes it the most forested island in Croatia. In 2007, it was proclaimed to Nature Park.

However, along with all the benefits of the sea coast, what makes the Dubrovnik-Neretva County even more interesting, not only geographically but also as a tourist destination, is its rural part. Konavle, located only 20 kilometres from Dubrovnik, combines history, tradition and fascinating landscapes that at times irresistibly remind of the Croatian inland.

The Neretva Valley is extremely rich in culture, natural resources, traditional sports and music events. With its population of about 123 thousand, Dubrovnik-Neretva County is not the largest county in Croatia, but it is certainly one of the richest in its natural diversity. Split into two parts by Neum, but connected by the sea and its history with the rest of Croatia, it is a perfect refuge for those who want peace and tranquillity, but also a top destination of unforgettable events for those who prefer a more active vacation. Regardless of the time of year, Dubrovnik and its county are guaranteed to leave you breathless. 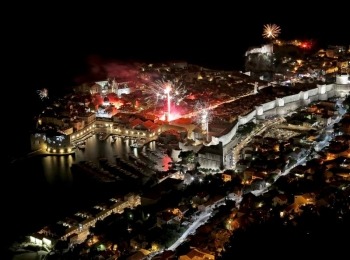 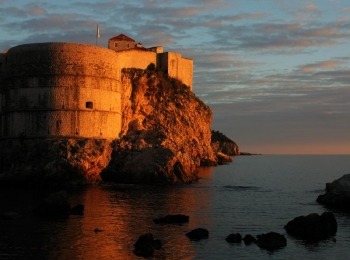 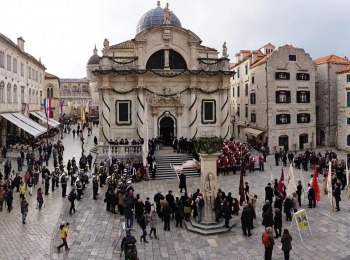 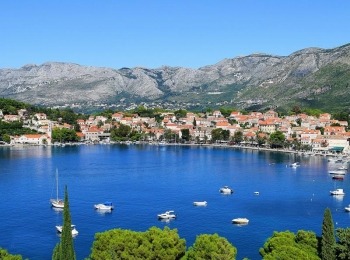 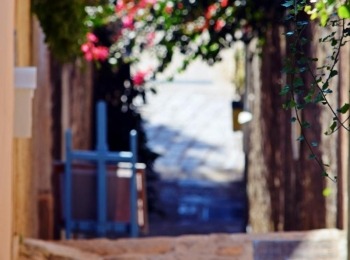 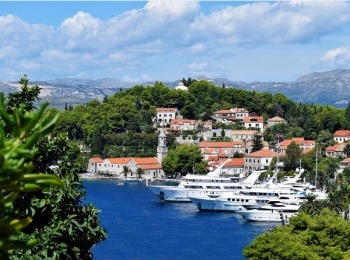 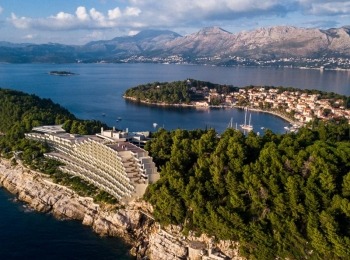 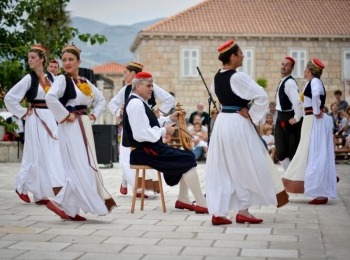 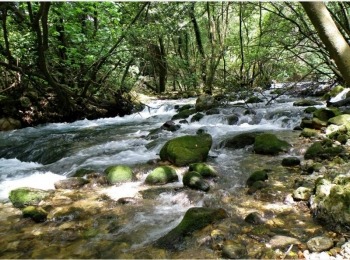 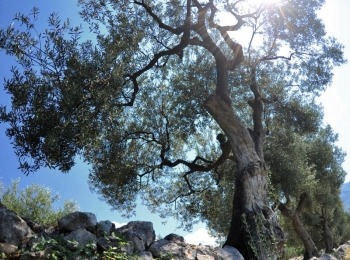 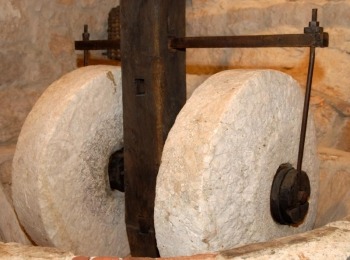 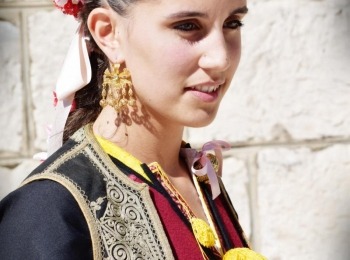 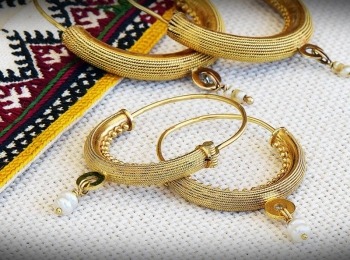 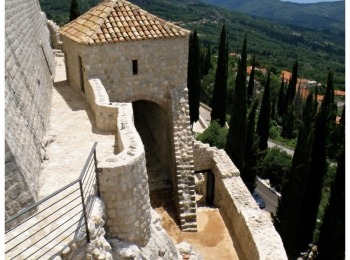 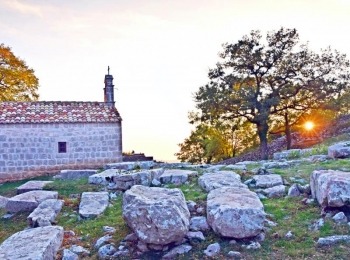 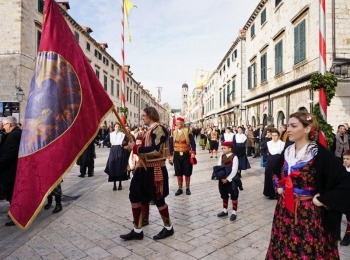